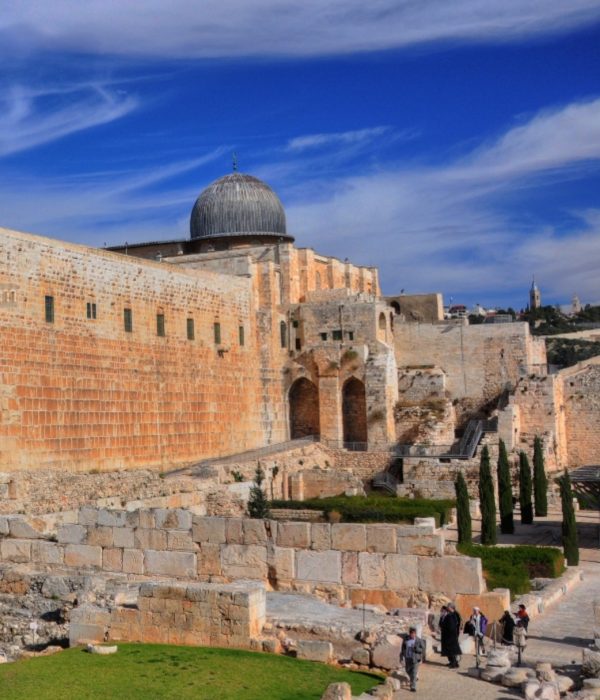 The name ‘Masjid Al-Aqsa’ translates as ‘the Farthest Masjid’ because it was a place of worship in the farthest West known to Arabs in the time of the Prophet Muhammad (PBUH); and is the 3rd most holy place in Islam. It was here that in around 621 CE the Prophet Muhammed (PBUH) came on the Night Journey from Makkah riding on the Buraq. Masjid Al-Aqsa is not only the Qibly Masjid (with the silver/grey dome) or the Dome of the Rock (Qubbat As-Sakhrah). It is in fact the whole region within the fortified walls in the sacred sanctuary (Haram Shareef) and is also known as Bayt Al-Maqdis or Bayt al-Muqaddas (House of the Holiness).

There are multiple Masjids on the site that we know as Masjid Al-Aqsa. We think of Masjid Al-Aqsa as the building at the southernmost corner of the Masjid. In actual fact, that is the Qibly Masjid – so called because it is the closest to the Qibla. The whole mount is Masjid Al-Aqsa and is sometimes referred to the Haram Al-Sharif to prevent confusion.

The region of Palestine holds the resting places of Prophets [Alayhis salaam] and Prophet’s companions [ra]: The land of Palestine has in it some of the noblest souls the earth has seen. The graves of many Prophet’s are in Palestine, including Ibrahim (AS), Yakub (AS), Ishaq [AS] and according to some commentators there are over 100 Prophets buried in Palestine.

Abu Darda (ra) relates that the Prophet (saw) said, “A prayer in Makkah (Ka’bah) is worth 100,000 times (reward), a prayer in my Masjid (Madinah) is worth 1,000 times and a prayer in Al-Aqsa Sanctuary is worth 500 times more reward than anywhere else”. (Tabarani, Bayhaqi, Suyuti)

Masjid Al-Aqsa was the first Qiblah in Islam. When the Prophet (SAW) moved from Makkah to Madina, the salaah direction changed from Masjid Al-Aqsa to the Qibla direction we know today in Makkah.

Masjid Al-Aqsa – The Second House of Allah (SWT) on Earth

The Importance of Visiting Masjid Al-Aqsa

Abu Hurayrah (ra) relates that the Prophet (saw) said, “You should not undertake a special journey to visit any place other than the following three Masjids with the expectations of getting greater reward: the Sacred Masjid of Makkah (Ka’bah), this Masjid of mine (the Prophet’s Masjid in Madinah), and Masjid Al-Aqsa (of Jerusalem)”. In another narration the words are, “For three Masjids a special journey may be undertaken: The Sacred Masjid (Ka’bah), my Masjid and Masjid of Jerusalem (Al-Aqsa). (Muslim, Bukhari, Abu Dawud)

Al-Aqsa the Ist Qibla in Islam 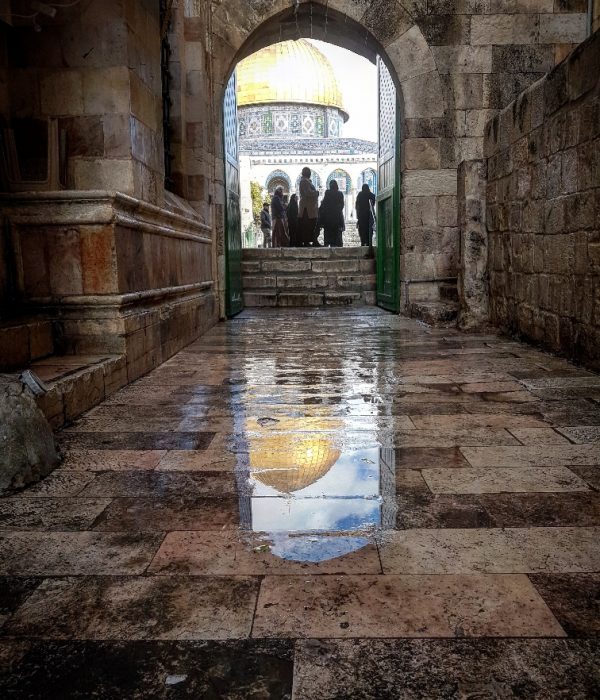